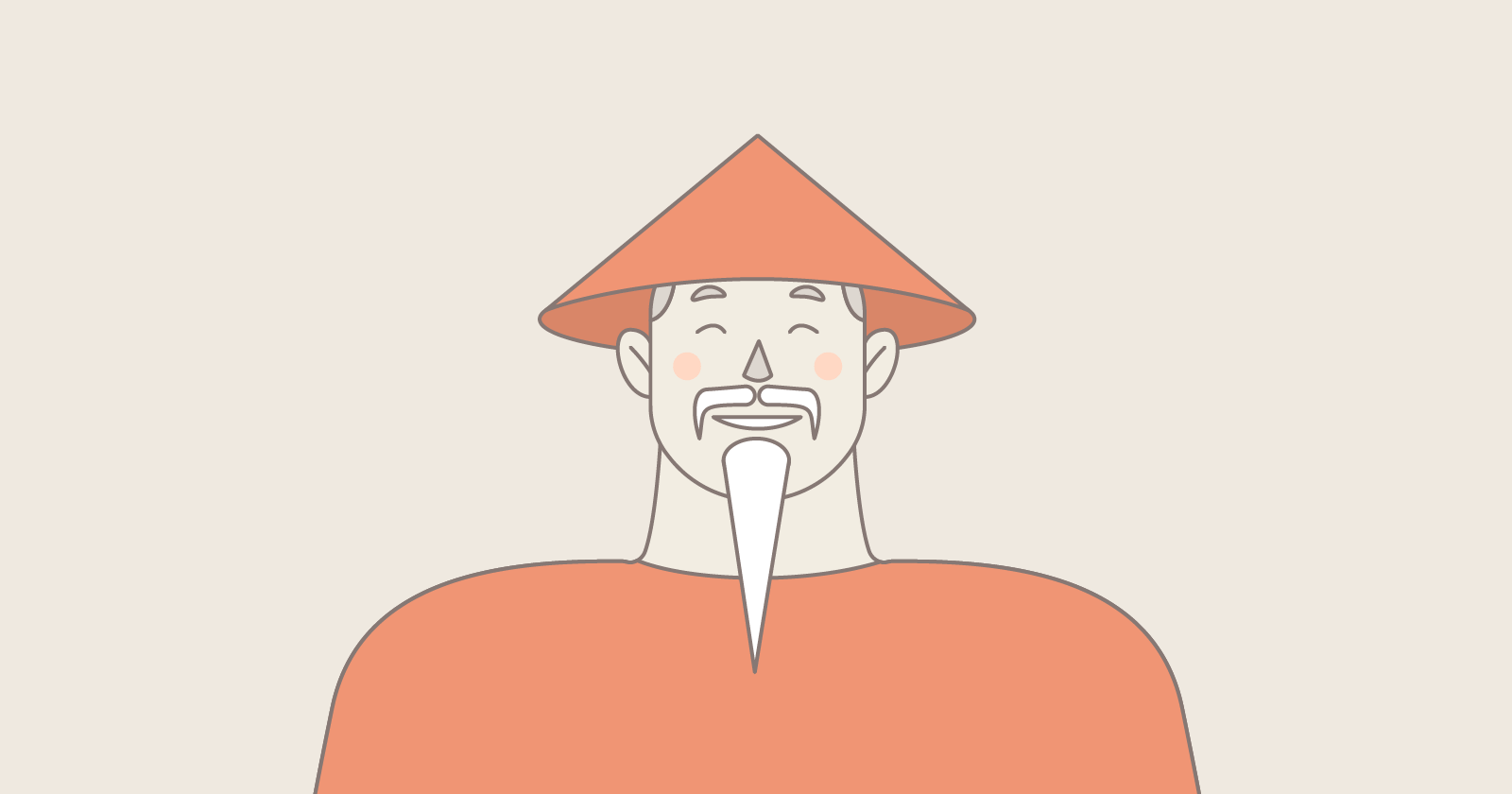 As with other countries featured in our travel guide, the practice of entomophagy in China has been around for a long time.

With population growth that is bursting at the seams. China stands to benefit more than almost anyone else when it comes to the nurture of a sustainable food supply.

The people of China enjoy eating one-hundred and seventy-eight insect species. [1] Making them some of the most enthusiastic insect eaters in the world.

But have they gotten ahead of themselves in some ways?

Does the ancient practice of entomophagy take into account modern concerns, such as allergies and food safety?

And if you want to embrace an experience in edible bugs, is this the place to do it?

Read on to find out.

The Best Places in China to Try Edible Insects

Entomophagy has been part of China’s culture for longer than anyone can remember.

This means that any place you visit in China yields abundant opportunity for this adventure (as well as many others.)

But the most popular visiting spots, and thus the best starting point for your journey, are the regions of Beijing and Shanghai.

Crowds. Crazy traffic. A non-stop stream of people talking in Chinese all around you. And beautiful, historic sights of ancient monuments and temples. A visit to Beijing holds all this in store...and more.

If you’re a Western tourist visiting Beijing for the first time, you should definitely prepare yourself for a cultural shock.

Especially when it comes to the food.

The best way to get an authentic look at the unique foods on offer in Beijing is by taking a stroll through the night market on Wangfujing Street, in the Dongcheng District.

To those who follow this blog, you already know about the various cities in the world that offer deep-roasted grasshoppers or fried crickets.

As you look around, you will realize that tourists as well as locals are devouring these exotic and scary-looking delicacies.

But there’s no need to start out immediately with anything dramatic. Try a skewer of locusts to start off with, and then work your way up to something more daring.

The city of Shanghai is exotic, but more Westernized than Beijing. As such, it brings you all the novelty of a Chinese city with a bit less culture shock.

So what will you find in Shanghai?

Tall skyscrapers. Museums. Colorful nightlife. And...some of the best restaurants in the world.

While edible insects might not be as prevalent in Shanghai as they are in Beijing, you can still find them.

An excellent place to try some exotic insect cuisine is at Southern Barbarian. While known for their beer selection, this restaurant offers up many choices of exotic fare. Among these are deep-fried honey bees.

What Bug Should You Try?

With such a dizzying array of edible insect species available, it can be tough to choose. Your own sense of adventure will dictate which creepy crawly thing you might end up purchasing from a street vendor.

Here are some of the most interesting and the most popular choices you might find here.

These are best for the most adventurous. Street vendors keep live scorpions in a nearby bucket. When it’s time to serve some up, they cook them in boiling oil and skewer them on a stick.

This may seem gross, but it’s not much different from cooking and eating lobster.

Some locals even consume them while they’re still alive, drenched in liquor to help them go down more easily. But you may not be ready for that yet.

The Chinese has consumed Silkworm chrysalis for centuries. They have always been prevalent and plentiful, due to the fact that the chrysalises were being discarded en masse making silk. That made silkworm chrysalis the perfect food supply for the poorest people of China.

Nowadays, they are quite trendy and everyone eats them...and they are still cheaper than many other types of edible insects.

Yes, it’s true, they look a bit scary. Cicadas can get huge, and it’s a bug that many Westerners are unfamiliar with (especially for eating). But those who enjoy them swear by their meaty taste, crunchy on the outside and pleasantly juicy on the inside.

Crickets may be the most common and the least intimidating of edible insects, and they are readily available from street vendors. Be aware that crickets in China may be much larger than the ones you know.

Another relatively tame choice: grasshoppers, sometimes known as locusts. But if your idea of edible grasshopper is the chocolate-covered specimens you can eat in Mexico, prepare for a bit of a shock. They fry and skewer these grasshoppers...but they still taste pretty good, if you don’t think about it too much.

Why Do the Chinese Eat Insects?

Entomophagy in China began at least 2000 years ago [1] and even today it persists.

Originally, the poorest members of the population indulged in this practice. It provided an easy source of nutrition. Over the centuries, the Chinese have refined their skills in the preparation of insects to make some varieties delicious.

Edible insects provide a host of benefits to our bodies and to the earth. Here are a few of them.

Another important consideration is the economic impact of entomophagy. Insects are an easy and cheap crop to raise, requiring very little space. That means even the poorest farmers in China can raise insects for food and make a profit.

The Chinese also use insects to feed livestock. This is a use which opens up new possibilities for raising food sustainably. While many of us may still feel squeamish about consuming edible insects. We may not have the same revulsion about feeding them to cattle as an alternative. This would be much easier on our environment and help us produce more food with fewer resources.

In fact, the Chinese use insects for many unconventional health treatments. The use of insect extracts as medicine in China goes back about 3000 years. [2]

Bugs serve the Chinese for relief of a host of ailments, including flatulence, fevers, blood clots and bruises. The bugs can become medicine by turning them into powder and mixing them with boiled water.

Some Chinese believe the juice made from cockroaches cure a variety of ailments, including respiratory and GI issues. They also believe the black mountain ant can reverse aging and increase IQ.

It is true, that Chinese entomophagy has encountered some obstacles in the form of threats to health and safety [3]. There are very few regulations on food safety in China, and bribery of government officials is an ongoing problem.

Very few health problems have occurred as a result of the consumption of edible insects in China. But that is most likely because insects form a small percentage of the average diet as compared to other foods like pork, rice and beans. But, we need more research, if entomophagy does become more widespread.

Who Is Eating Insects in China Now?

Bugs cooked up in fancy restaurants or presented by street vendors are an exotic novelty for tourists. So if you’re planning a visit to China, you might want to plan to make a stop in one of these venues and give edible insects a try.

After all, the Chinese have been cooking bugs for generations, so if anyone knows how to prepare them to appeal to the senses, it would be them.

But it’s not only tourists that enjoy fried crickets or scorpions.

It is especially popular among various ethnic groups in the Yunnan and Guizhou provinces, such as the e Dai, Hani, Yi and Gelao. There is even an annual Bug Eating Festival to celebrate this tradition.

There is a lot to learn from the ancient practices that have continued for generations. The Chinese people have always believed in only harvesting part of an insect colony, leaving the rest behind to regenerate. And they have always believed in protecting insect populations in the winter. These sustainable and environmentally friendly practices are good lessons for those of us in the West who are getting started on the entomophagy journey.

Besides, it is the ancient ethnic groups of rural China who have learned the best methods of preparation. They have handed down their time-honored recipes for roasting, frying, and steaming a variety of insect species in the tastiest way possible.

What started as a tradition of survival for farmers has spread to urban areas as well. While entomophagy was a practice reserved only for the poorest Chinese people, it has now become far more accepted.

The truth it, it’s difficult for anyone to ignore the obvious health benefits of this low-fat, high-protein food. And here in one of the most populous countries in the world, any solution to impending global food shortages is more than welcome.

With the world population projected to hit an unfathomable 9 billion by the year 2050. [3] China is a forerunner, a kind of pioneer, of food solutions of the future.

So what better place for you to get started?

What are your experiences with edible insects in China?

Let me know in the comments below.

An essential travel guide for food enthusiasts, and a brief history of entomophagy in Mexico’s past, present and future. 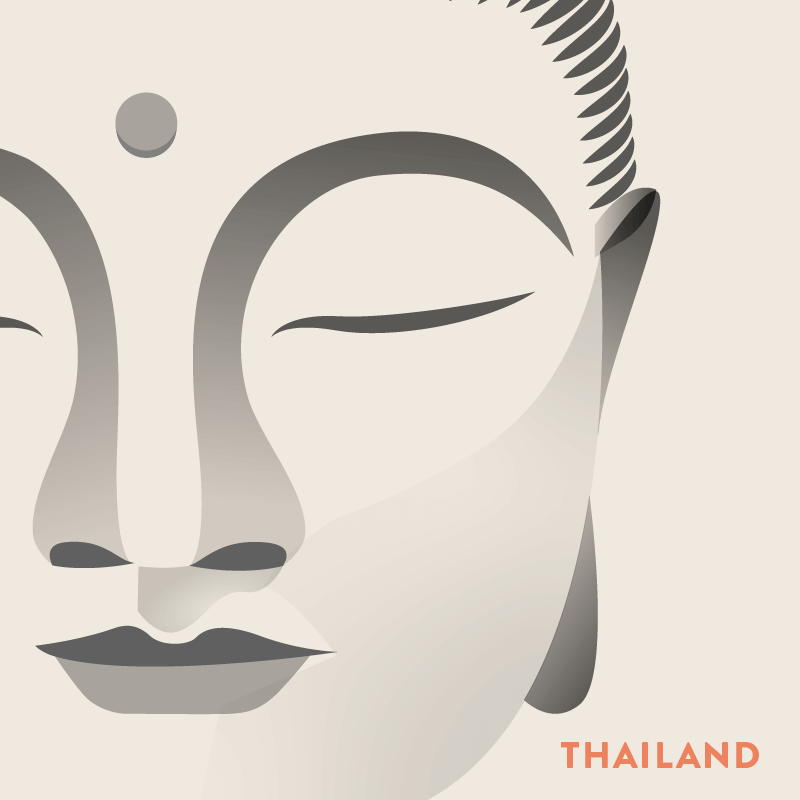 An awesome travel guide for foodies, and a brief history of edible insects (entomophagy) in Thailand’s past, present and future. 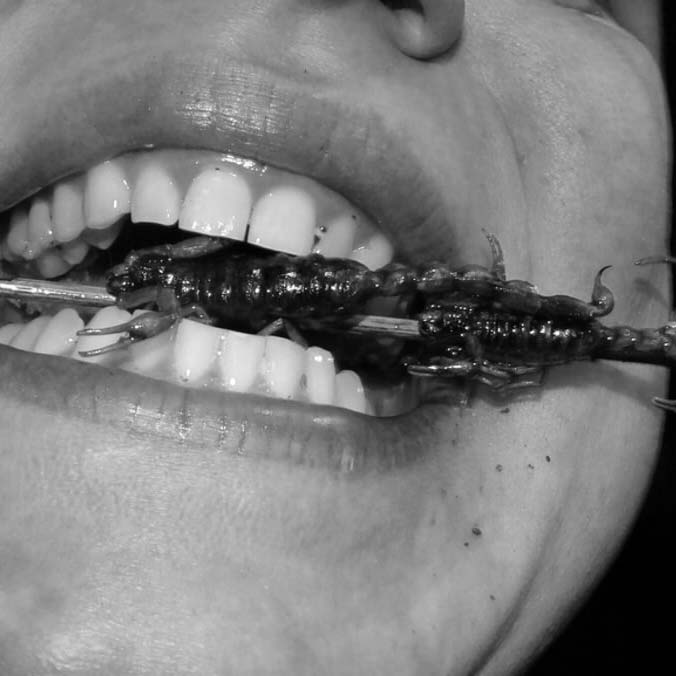 Discover what edible insects taste like. Prepare yourself to learn all about the flavors and textures of different edible bugs.